The History of Footwear Lifestyle 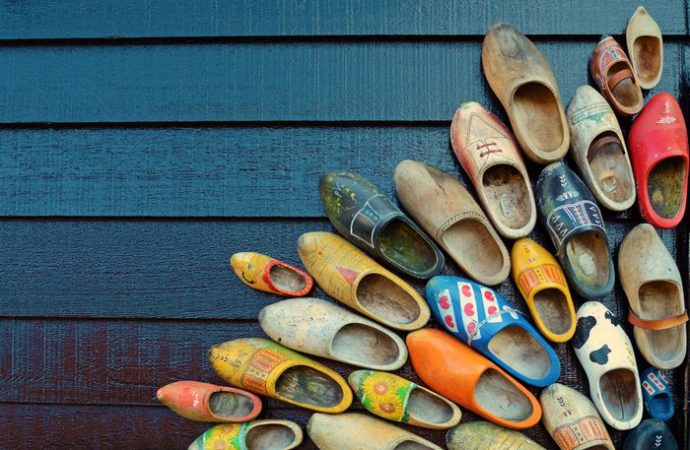 James Bond, the last British Secret Agent, is known for his good taste. Agent 007 saves the world in British tailor made suits and t-shirts, drives and destroys British luxury vehicles and superyachts where ever he goes, and calms down towards the end of a long day in the field with a shot of Scotch

James Bond, the last British Secret Agent, is known for his good taste. Agent 007 saves the world in British tailor made suits and t-shirts, drives and destroys British luxury vehicles and superyachts where ever he goes, and calms down towards the end of a long day in the field with a shot of Scotch whiskey in a British crystal tumbler. With Made In Britain Bond Lifestyle refers to products of which the most of the manufacturing process has taken place in the UK, meaning UK of Great Britain and Northern Ireland. In this third article we ask James Fox, Marketing Manager of Crockett & Jones about the production of the Crockett & Jones shoes seen in SkyFall and SPECTRE.

Quick facts: Product: Crockett & Jones Alex, Tetbury, Highbury, Islay, Camberley, Norwich, Radnor – Seen in: SPECTRE – Worn by: James Bond wears several Crockett & Jones shoes in SkyFall and SPECTRE. Still available? Yes – Trivia: Crockett & Jones are also worn in the movies A Long Way Down, King Speech, Kingsman, Mission Impossible, The Man from U.N.C.L.E. And a few more! – Where to buy: Crockett & Jones, find a store – Can you tell us about the history of Crockett & Jones? Crockett & Jones was founded in 1879, in Northampton, by Charles Jones and his brother-in law, James Crockett.

Northampton had always been renowned for producing shoes in England since the middle ages, starting as a center for tanning. The large quantity of local oak forests provided the oak bark, that was considered the best tanning material at that time and the River Nene was the origin of water for this process. The central location of Northampton, en route to London, gave the city good communications and enabled the tanners to get skins from the butchers easily. After this it wasnt long before shoe manufacturers naturally gathered where leather was readily available, working out of their homes and in small workshops.

By the time that Crockett & Jones was established, shoe makers had begun to join together to open small factories using new machinery that had been developed specifically for the shoe industry during the Industrial Revolution. The first Crockett & Jones factory in 1879 was a small building in Carey Street, Northampton with 20 employees. The company was successful and expanded rapidly. This made the process much easier, and faster, and gave rise to the name for the higher construction process that we continue to use today, called Goodyear Welted. Towards the turn of the century James Crockett and Charles Jones recognized the need to discover a larger factory for continued expansion of the company. This visit sparked much national press interest and individuals crowded the streets to get a peek at The Duke. In 1927 Gilbert Jones, the son of Frank Jones, started at Crockett & Jones becoming the 3rd generation of the Jones family involved in running the business.

Your email address will not be published. Required fields are marked with *